The Multilingual Literacy SIFE Screener (MLS) is an online, semi-adaptive suite of assessments designed to provide educators in New York State with information about the home-language literacy and math skills of Students with Interrupted/Inconsistent Formal Education (SIFE). The MLS is part of New York State’s SIFE Identification Process and is featured prominently on NYSED’s Office of Bilingual Education and World Languages SIFE Resources website. It is strongly recommended for all New York state schools. The MLS provides teachers with an automatically generated summary of students’ home language literacy skills so that teachers can design instruction appropriately. The MLS has four modules: Reading Comprehension, Vocabulary, Early Literacy and Mathematics, and is available in 16 languages: Arabic, Bangla, Burmese, Chinese, English, French, Fula, Haitian Creole, Maay-Maay, Nepali, Russian, S’gaw Karen, Somali, Spanish, Swahili, and Urdu. For more information please watch our webinar or the 2021 update webinar, describing the design features and administration of the MLS. The project is commissioned by the New York State Education Department Office of Bilingual Education and World Languages. 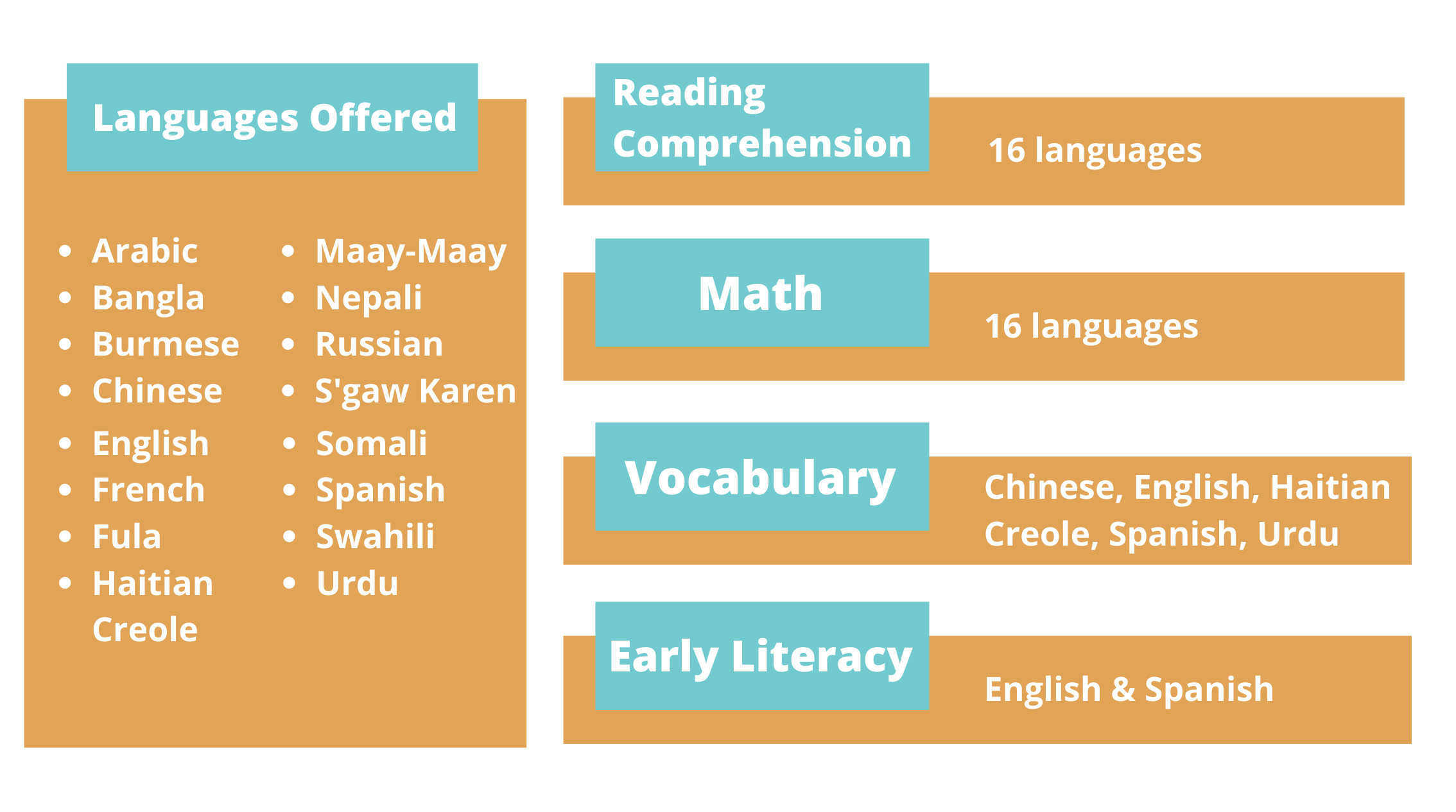 The MLS is the current instantiation of a project that began as a RISLUS research program in 2005 (the SIFE Assessment Project, funded by NYC DOE 2005-2008). The New York City Department of Education commissioned RISLUS to help them better understand how to serve their SIFE students, a population that was and still is especially high-risk for dropping out of high school. Students were assessed on the ALLD, a literacy assessment RISLUS developed in Spanish for testing new immigrants to the US. The reports that summarize the outcomes of that research (Klein & Martohardjono, 2006; 2009) found that (1) SIFE students need to acquire both English language and literacy skills and develop background knowledge in order to access grade level academic content, and (2) further developing native language literacy fosters English language learning, especially for SIFE students.
In order to help educators serve this vulnerable population, the RISLUS team recommended development of home language literacy assessments, and curricular materials tailored specifically to the needs and backgrounds of SIFE students. In 2011 NYC DOE awarded RISLUS a five-year contract for several projects relating to English Language Learner services, including work on a home language literacy screener in five languages. The resulting assessment in Haitian Creole, Arabic, English, Spanish, Mandarin, and Bangla and became the Literacy Evaluation for Newcomer Students (LENS) used in New York City in 2011-12. The LENS grew to include Urdu, S’gaw-Karen and Maay Maay in 2013-14. It also transitioned from being a paper and pencil test to an online test entirely conducted in the home language, which could automatically generate teacher reports. In 2016, NYSED took over the work and our tool, first called the Multilingual Literacy Diagnostic (MLD), and now called the Multilingual Literacy SIFE Screener (MLS), became accessible to schools across New York State. In 2017, the MLS expanded to include French, Russian, Nepali, Burmese, Swahili, Fula and Somali, rounding out the 16 languages currently available. In the current grant year, RISLUS is updating the MLS to improve user experience for a scaled-up number of users and is offering workshops and school support to assist with administration and interpretation of the results.

Below are visualizations of student home languages from Central America/Mexico and West Africa reported by students who were administered the MLS. The goal of these infographics is to provide a better linguistic understanding of these regions and to show the diverse language backgrounds of students from these regions.

This entry is licensed under a Creative Commons Attribution-NonCommercial-ShareAlike 4.0 International license.

Need help with the Commons? Visit our
help page Send us a message

Built with WordPress Protected by Akismet Powered by CUNY